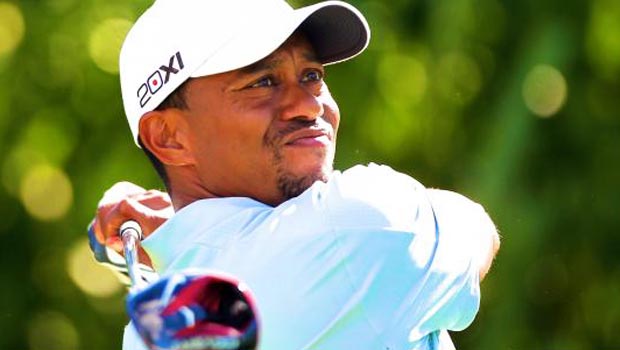 Tiger Woods claims he is “excited” ahead of this week’s WGC-Bridgestone Invitational, while he has not given up hope on qualifying for the PGA Tour’s season-ending FedExCup playoffs.

The 14-time major winner and former world number one is looking to get his season on track after it was hampered by back surgery he underwent in late March.

Woods has competed in just two PGA Tour events since making his comeback and after missing the cut at last month’s Quicken Loans National, he finished down in 69th place at the Open Championship at Royal Liverpool earlier this month.

However, he returns to the Firestone Country Club in Akron, Ohio, in confident mood given that he has won the World Golf Championship on a record eight occasions in the past, including by seven shots 12 months ago.

A ninth success over the weekend would help in Woods’ bid to move up from 215th spot in the FedExCup points list towards the top 125 in order to be involved in the play-off opener, The Barclays tournament, from August 21-24.

Woods, who will have two more tournaments after the WGC-Bridgestone Invitational to achieve his aim, said: “I am excited to be back.

“I have had some pretty good memories here. I’ve had some great rounds and certainly some great moments on this property, so any time I come back here, it’s always a good, solid feeling. I am looking forward to this week.”

He added: “There are certain golf courses – here, Torrey (Pines), Bay Hill, even Augusta (National) – no matter what my form is going into that week at those particular venues, I just somehow feel good.

“It doesn’t mean I am going to play well but I still have that feeling. Unfortunately one year, I didn’t play very well here, I finished second to last, but over the years I have finished first eight times. That’s a pretty good stat.”

Woods is 15.00 to win the WGC-Bridgestone Invitational, while Rory McIlroy is 7.00 and world number one Adam Scott is 11.00.