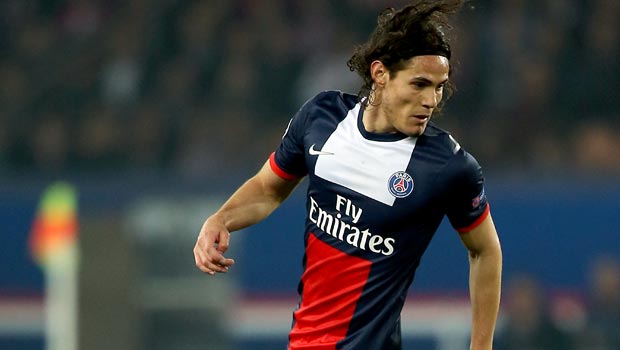 Edinson Cavani has stressed that he is happy at Paris Saint-Germain and intends to stay with the club despite constant speculation that he is set to depart this summer.

The 27-year-old Uruguay international only moved to the French capital from Napoli last summer in a deal worth around £55million.

However, with PSG coach Laurent Blanc often utilising Cavani out of position on the wing to accommodate Swedish superstar Zlatan Ibrahimovic in the attack, it has been suggested that he would like to leave to join a club that would offer him guaranteed game-time in his favoured striker role.

But Cavani has now spoken out on the club’s tour in Beijing to claim he has no intentions of leaving as he wants to see out his contract and help PSG to more success in the coming campaign.

“I’m well in Paris. I have a contract to honour. I’m calm, I’d rather be here. I feel good here. However, I know it does not depend solely on the player but also on the club.”

Cavani, who helped the club win the Ligue 1 title and Coupe de la Ligue trophy last term, also revealed that Blanc has given him assurances over where he will play this coming season.

“There were some small issues about the position I wanted to play but I feel very good about that now,” he added.

“I waited for the right moment to speak. It is important for a striker to play in a position that is natural for him. Everyone knows my position and we do not need to talk about this.”