Posted by Jason Stepford on December 1, 2017 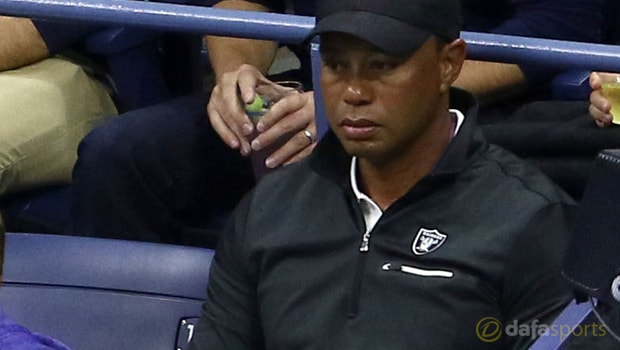 Tiger Woods admits he was pleased with his first round after he made a solid start on his competitive comeback from injury at the Hero World Challenge.

The American was back in action for the first time since February and it was only his fourth start since August 2015.

Woods, 26.00 to win the tournament, stayed composed on day one and he posted a three-under 69 to finish within three strokes of leader Tommy Fleetwood.

The 41-year-old showed no signs of discomfort as he fired home five birdies with two bogeys, despite having his fourth back operation in three years in April.

Speaking after his first round, Woods declared himself pleased with his performance as the 14-time Major winner looks to finish the event without picking up any more injuries.

He told reporters: “For me I thought I did great.

I hadn’t played in a while after some of the difficulties I’ve been through. To come out here and score like I did, that was nice.

“It was fun to get out there and actually be part of a scorecard again. I didn’t know what I could do.

I’ve been playing a lot of holes at home but it’s a little different when you’ve got to tee it up in a tournament. “I had a lot of adrenaline going there.

I was hitting the ball a little bit longer than I normally do and had to dial it back a little bit.

Those are the internal struggles I haven’t been through as a player for a while.

“It was not only nice to get that first round out of the way, but I’m only three shots out of the lead.”

Fleetwood heads into the second round with a one-shot lead, with American duo Rickie Fowler and Matt Kuchar on five-under par in a share of second.

Quartet Kevin Chappell, Justin Rose, Dustin Johnson and Jordan Spieth are all on four-under, while Woods is among a group on three-under.