Thomas Bjorn: Returning Rory McIlroy can contend for US Open 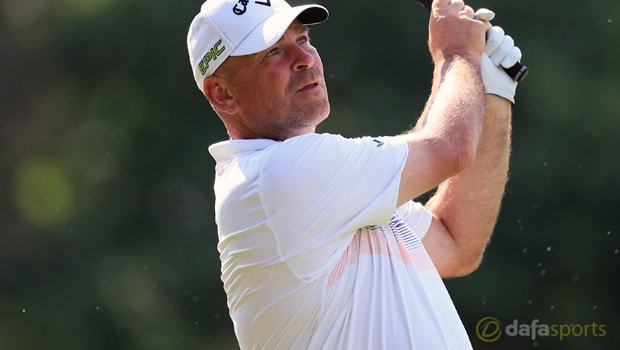 European Ryder Cup captain Thomas Bjorn feels Rory McIlroy can contend for this week’s US Open at Erin Hills despite a preparation interrupted by injury.

McIlroy has not played a competitive round since last month’s Players Championship at Sawgrass as a rib injury continues to derail his season.

The world number two missed the BMW Championship at Wentworth and the Memorial Tournament on the PGA Tour as a result.

He has played just six tournaments so far in 2017, ensuring the 2011 US Open champion is essentially undercooked for the season’s second major.

Bjorn admits that it is anything but ideal for McIlroy coming to Erin Hills, but the Dane says the four-time major winner is still capable of building a challenge.

“He would love to have played more. He sets his mind on a schedule and that’s what he’s going to try to stick to, and then when he can’t do it he suffers a little bit in not getting the right preparation, but then you have to prepare another way,” said Bjorn.

“Great players adapt to the situation they are in and he is capable of adapting to it.

It’s never nice to play the biggest events if you haven’t been playing competitive golf, but that isn’t to say he can’t go and do it.”

Since turning the 2011 installment into a procession at Congressional GC thanks to a record-breaking eight-shot victory, McIlroy has enjoyed limited success at the US Open, twice missing the cut and recording a solitary top-10 finish.

McIlroy is 15.00 to win the US Open while defending champion and world number one Dustin Johnson is 9.00. Bjorn is hoping the USGA sets up the course to allow the players to showcase their talents.

“Hopefully they get this one right and don’t get over the top and let guys play. That’s always been my philosophy with it – let guys play,” he added.

“This is the course you have, let them go out and show how good they are. Yes the US Open should be the toughest test of all, but it also needs to be able to be done, and that’s the balance to get right.”