Martin O’Neill urges UEFA to step in over Danish dispute

Posted by Robert Morris on September 6, 2018 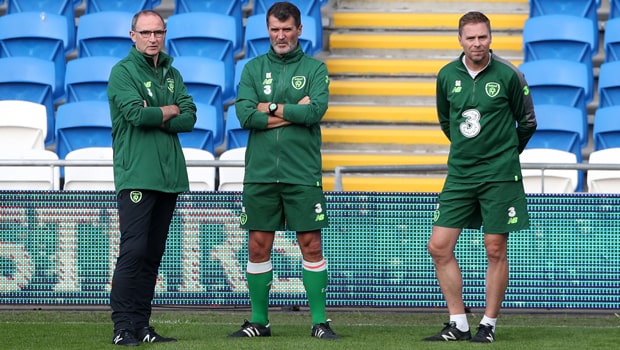 Republic of Ireland boss Martin O’Neill feels UEFA will have to intervene if Denmark cannot get their house in order before Sunday’s Nations League game against Wales.

Ireland, Denmark and Wales form a three-team group for the inaugural Nations League, with O’Neill taking his team to Cardiff to face Ryan Giggs’ squad on Thursday evening.

The Welsh then travel to Aarhus on Sunday to take on World Cup quarter-finalists Denmark in a game that is threating to become a farce.

Denmark’s players’ body is in conflict with the national FA, leading to their refusal to play and a situation where Wales may meet a team of third-tier and futsal players on Sunday.

That would hand a big advantage to the Welsh, says O’Neill, who wants Europe’s governing body to get on top of the situation after a Danish shadow team was beaten 3-0 by Slovakia in a friendly on Wednesday.

“UEFA probably should [act] and will as well, if it develops in the direction it looks to be going,” said O’Neill.

“UEFA will have to make some sort of statement about it then.

“If it does develop this way, there would certainly be a degree of unfairness about it.

“We’ll see how things develop. The situation might get resolved in the next couple of days and Denmark might be able to play their full-strength side.”

O’Neill himself is dealing with a depleted squad for the Welsh encounter in Cardiff, where Ireland gained a famous 1-0 success in a World Cup qualifier 11 months ago.

James McClean, match-winner that night, broke his wrist in training on Wednesday and joins a casualty list that includes Robbie Brady, James McCarthy, Scott Hogan, Shane Long and Alan Browne, while Harry Arter and Declan Rice have opted out of the Ireland squad for now.

Ireland are 4.33 to get the victory in Cardiff, while the draw is 3.10 and Wales are favourites at 1.80 to give boss Giggs victory in his first competitive game.