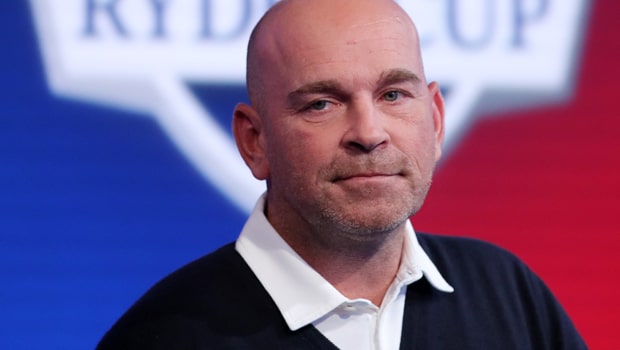 Europe’s 2018 Ryder Cup captain Thomas Bjorn believes the five rookies on his 12-man team for the event at Le Golf National this week are arguably the strongest “we’ve ever had”.

The 42nd Ryder Cup gets underway near Paris on Friday as Europe, thrashed 17-11 by the USA at Hazeltine back in 2016, look to wrestle back control of the prestigious trophy.

US skipper Jim Furyk brings a formidable team to France this week, with just three players in his team yet to taste Major success whilst all 12 members are ranked inside the top 26 of the world.

Europe also boasts considerable quality and experience in their side – with the likes of Justin Rose, Rory McIlroy, Henrik Stenson, Sergio Garica, Paul Casey and Ian Poulter making the cut – but five individuals will be making their debuts this week.

Tommy Fleetwood, Tyrrell Hatton, Jon Rahm, Thorbjorn Olesen and Alex Noren are the five European rookies looking to make an impact and the quintet appear to be well set, having each won on the European Tour during qualification.

Bjorn, who ended up on the winning side all three times he was part of Europe’s Ryder Cup team, has full faith in the rookies ahead of Le Golf National’s spectacle.

“This is probably the strongest group of rookies we’ve ever had. They’re extremely talented, they’re a great bunch of guys and have achieved great things in their careers so far.

“That comes with a lot of hope and some expectations, but as a captain that offers some sort of calmness in the way that I look at them and think ‘yeah, they’ll be alright when they get out into that environment’.”

Fleetwood and Rahm are joint 2.88 favourites to be Europe’s top rookie whilst Justin Thomas, who will make his debut for the US, leads the betting at 3.80 to be the top rookie overall.