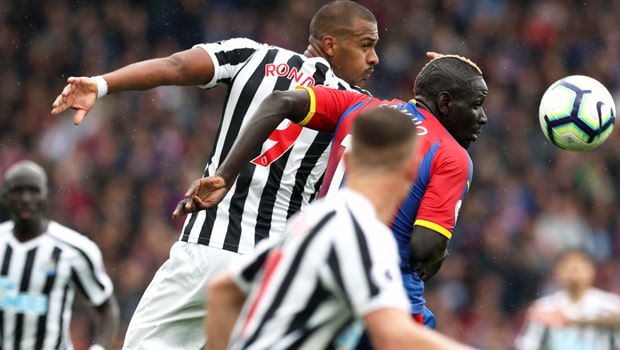 Newcastle United manager Rafael Benitez could be without Salomon Rondon for Saturday’s visit of Leicester City after confirming the striker picked up an injury at Selhurst Park on Saturday.

Recalled to the starting 11 after missing the 2-1 defeat to Arsenal, Venezuela international Rondon only lasted 45 minutes of the 0-0 draw against Crystal Palace after picking up a quad injury.

The 29-year-old was replaced by Joselu at the interval as the Magpies failed to pick up their first Premier League win at the sixth time of asking, leaving the club 18th in the standings after amassing just two points from 18.

A lack of firepower has been a real issue for the north-east outfit during this campaign and the loss of a key striker, who is on a season-long loan from West Brom, would be a huge blow.

Next up for Newcastle is a clash against Leicester at St James’ Park and Benitez, who is yet to sign a new contract despite entering the final year of his deal, is unsure whether he will be able to call upon the services of Rondon.

“Yes, he was feeling a little bit tight,” he replied when asked if Rondon was withdrawn at the interval due to an injury.

“It’s too early [to say if he’ll be ready for Leicester]. He said that he was fine. He was feeling it [his quad] a little bit when he was shooting. He said he was fine, but after you could see that he was not comfortable.”

Newcastle are 2.50 favourites to claim all three points on Saturday, a draw is priced at 3.30 whilst the Foxes, who defeated Huddersfield Town 3-1 last time out, are a 2.88 chance.