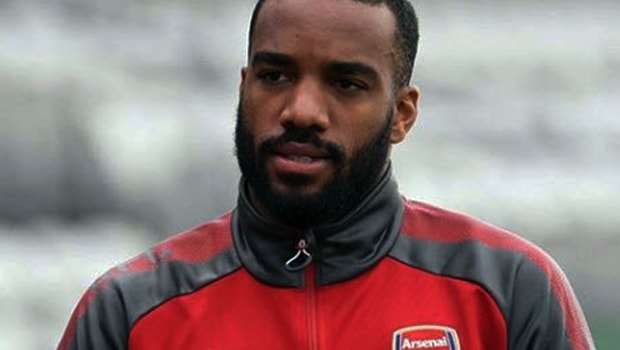 Record-signing Alexandre Lacazette says he is looking forward to getting started with Arsenal and taking on the challenge of playing in the Premier League.

Arsenal splashed the cash earlier this month to land Lacazette from Lyon – shelling out a club-record £46.5 million – and his arrival could be the boost the club need to challenge for the Premier League title.

The France international, who had been at the Ligue 1 outfit his entire career before the recent move, scored an impressive 91 goals from 133 league appearances over the past four seasons.

Barring Alexis Sanchez, the Gunners have struggled to find an out-and-out striker that will provide them with 20-plus goals in a campaign but the new signing could turn out to be the answer.

German midfielder Mesut Ozil, whose future at the club is still uncertain, has already spoken about his excitement of linking up with Lacazette next season and the latter is equally keen for the new season to get underway.

“I’m very happy to be an Arsenal player and I’m very eager to play for Arsenal.

I joined Arsenal for the challenge. Playing in the Premier League is very important,” he told Sky Sports.

“It is the best league in the world and Arsenal play fantastic football.

They train technically and physically which is comparable to what I’m used to I feel really integrated by the rest of the squad.”

Arsenal, who are 13.00 to win the title, kick off against Leicester City on August 11 at the Emirates and the hosts are firm 1.40 favourites to pick up all three points, a draw is priced at 4.75, while the Foxes are 7.00 outsiders.