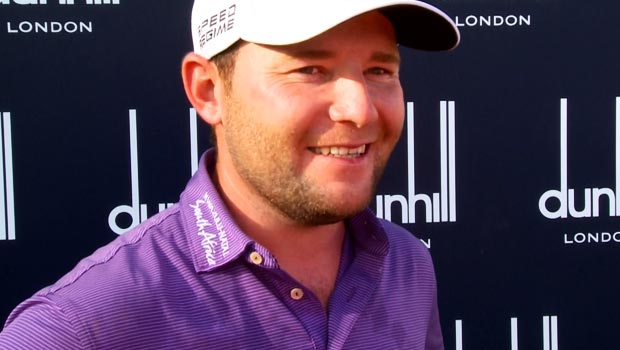 South African Branden Grace was thrilled to win the Alfred Dunhill Championship on home soil after firing a 68 on the final day.

The 26-year-old eventually won the tournament by a seven-stroke margin after his nearest rivals all faded on the final day.

It was the fifth European Tour title of Grace’s career, with his previous four all coming in 2012.

He had been five shots clear at the halfway stage at Leopard Creek after following up his superb opening round 62 with a 66 on Friday.

However, Grace struggled on the third round, eventually finishing with a 72, and only led by one shot going into the final 18 holes from Lucas Bjerregaard.

The Danish player endured a dismal final day though, taking 50 shots on the back nine as he slumped down the leaderboard.

Louis Oosthuizen eventually finished second, despite finding water at the last hole, while last year’s Challenge Tour number one Andrew Johnston was third on 11-under.

Danny Willett and Trevor Fisher Junior finished in a tie for fourth, 10 shots behind Grace, who said after his triumph: “It’s special to win, more so because it’s in front of a local crowd.

It was a pretty flawless round today and the perfect way to finish off an incredible tournament – a great week in the office.

“It’s been a long year, a hard, year but now it’s a fairytale ending just before Christmas.”

Meanwhile, Lee Westwood secured his 14th title in Asia after completing a one-shot victory at the Thailand Golf Championship.