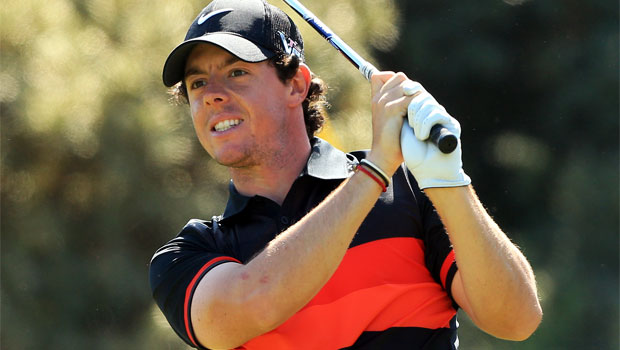 Rory McIlroy was pleased with the way he struck the ball from tee to green as he opened up a one-shot lead after round one of the Honda Classic.

The Northern Irishman has made an impressive start to the season and now looks back to somewhere near his best after a below-par 2013.

His on-course swagger appears to have returned and he hit the ball crisply on Thursday to card a seven-under par 63 in Florida to help banish the memories of 12 months ago, when he walked off the course halfway through his second round after a woeful display.

The 24-year-old won the event back in 2012 and feels he knows the secret to scoring well at Palm Beach Gardens.

“I played really solid. I think the key around here this week is hitting fairways and greens,” said the two-time Major winner.

“It is ball-striker’s golf course. If you can keep the ball in play and give yourself birdie chances, that is the name of the game here.”

McIlroy, who secured seven birdies in a bogey-free round, is one stroke clear of US youngster Russell Henley, while three players, Rory Sabbatini, William McGirt and Welshman Jamie Donaldson, are tied for third just a shot back.

Zimbabwe’s Brendon de Jonge is in a group of five players on -4, with Matt Every also on that mark, while in-form Zach Johnson reached -3 after his opening 18 holes.

The tournament has attracted a stellar field as the build-up to the Masters continues, and the world numbers one and two, Tiger Woods and Adam Scott, are also in the line-up.

Scott managed a two-under par 68, while Woods struggled to a one-over par 71 and the 14-time Major winner knows where the problem lies.

“I hit it good enough to shoot probably at least three or four lower than I did,” he added. “I had so many looks (at birdies) where I just missed. I just need to read them a little bit better than I did today.”