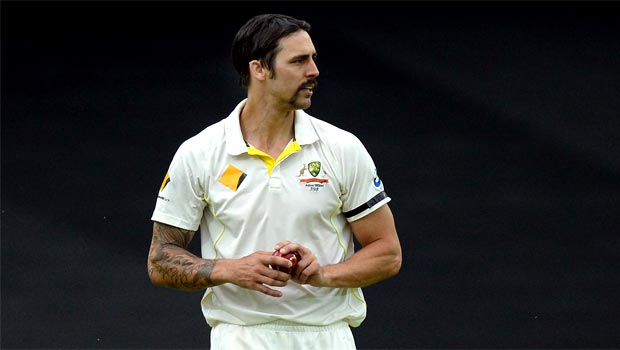 Fast bowler Dale Steyn admits Mitchell Johnson’s performance in the first Test shocked South Africa into action as they bounced back to level the series.

Johnson had proved that he was back to his very best with a devastating display against England in the Ashes as the Baggy Greens secured a 5-0 whitewash, but the Proteas seemed unconcerned ahead of the opening Test.

However, the left-arm paceman claimed 12 wickets with another scintillating display of hostile fast bowling as the Aussies won by 281 runs in Centurion.

The South Africans regrouped and fought fire with fire in the second contest as Steyn took four second-innings wickets to level the series with a 231-run victory in Port Elizabeth.

And, as the teams prepare for Saturday’s third and deciding match in Cape Town, the fiery paceman confessed that Johnson’s aggression had caught the hosts unawares.

“The guy just tore us up,” he told reporters. “He showed that when a bowler is in a purple patch how devastating he can really be. It was something to try and copy, I guess.”

It looks set to be a thrilling and hard-fought finale to what has been a high-class series, as South Africa look for their first home series win over Australia since they were readmitted to the world game more than 20 years ago.

Australia have been boosted by the return to fitness of Shane Watson, who will add balance to the side with his ability to bowl medium pace and tie up an end for skipper Michael Clarke.

He may well slot into the middle order, with Shaun Marsh or Alex Doolan making way.