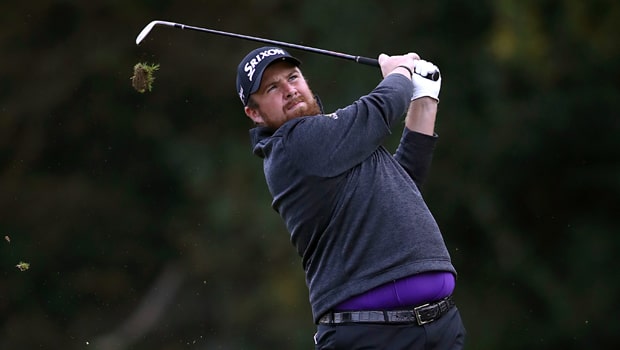 Shane Lowry felt he needed to be brave after outlasting Richard Sterne for a wire-to-wire victory at the Abu Dhabi HSBC Championship.

The Irishman led after each of the first three rounds, having shot a course record-equalling 62 on day one, but he was overhauled by South Africa’s Sterne early in the final round.

Leading by three shots, Lowry made four bogeys and two birdies in his first 11 holes and that resulted in him trailing his playing partner by four shots – Sterne having burst from the traps with four birdies in the first five holes.

Lowry responded however, picking up a shot at the par-three 12th for the fourth day running and another at the 13th.

With Sterne dropping two shots under the increasing pressure, it all resulted in the duo going down the 72nd and final hole level, and it was Lowry that found the green in two and two-putted for birdie – with Sterne making par – for the win.

Three and a half years on from his previous win on Tour, a World Golf Championship success at Firestone in Ohio, Lowry was mightily relieved to have recovered from a slow start to his final round, admitting he thought his chance might have gone.

“I obviously went out with the lead by a few and before I knew it I was four behind,” he told Sky Sports. “I was brave out there. I ground it out well and I’m over the moon.

“I’m just so grateful that I’ve won this and I’m so happy and I’m going to really enjoy it because you just don’t know when it’s going to happen again.”

Pocketing his first Rolex Series success also mean a lot for Lowry, who re-joins the worlds’ top 50 after his win and has a place at the Masters in April in his sights.

“It’s nice to have a star beside my name and to win a Rolex Series event. We are very lucky to be able to play Rolex events on The European Tour. They have done a great job putting these events together and I’m just over the moon to have one of them,” he added.