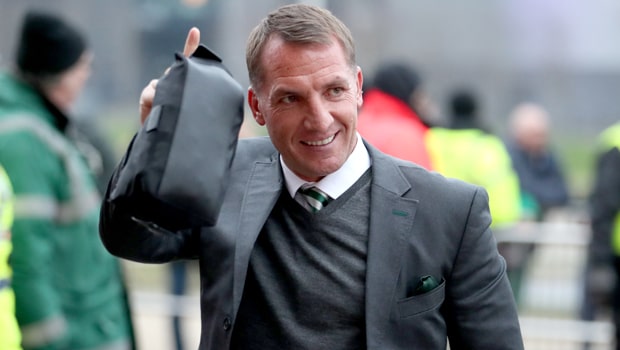 Brendan Rodgers remains faithful that Celtic’s policy in the transfer market is the best way forward for the club.

The Scottish Premiership champions have a stated intention of fostering young, talented players that can be resold for a profit.

Rodgers says the policy was in place before he arrived and, having won seven consecutive domestic trophies as Parkhead boss, he isn’t about to call for a major change during this month’s transfer window.

Rivals Rangers, level on points with Celtic amid the closest title race in many years in Scotland, have recruited experienced English-based players in Steven Davis and Jermain Defoe to boost their push under Steven Gerrard, but the Hoops boss isn’t tempted to call for a big-name signing to respond.

“The model at Celtic was long in place before I came,” he said.

“There’s no surprise what Celtic will do. We’ll want to get young players in and increase their value and sell them on for big profit. “That’s what the club does. My job as manager and coach of the team is to maximise what we can get out of the players.”

On-loan Paris St-Germain teenager Timothy Weah scored on his debut after coming on as a sub against Airdrie in the Scottish Cup on Saturday, while Rodgers has high hopes for Oliver Burke and the third of Celtic’s January arrivals, Vakoun Issouf Bayo.

He says there is no proven formula for success in the transfer market. “Listen, there’s no right or wrong,” he added.

Celtic are 1.22 favourites to win their eighth Scottish Premiership title on the trot, while Rangers are now 4.33 after winning the Old Firm derby at Ibrox before the winter break.