Posted by Jason Stepford on November 8, 2018 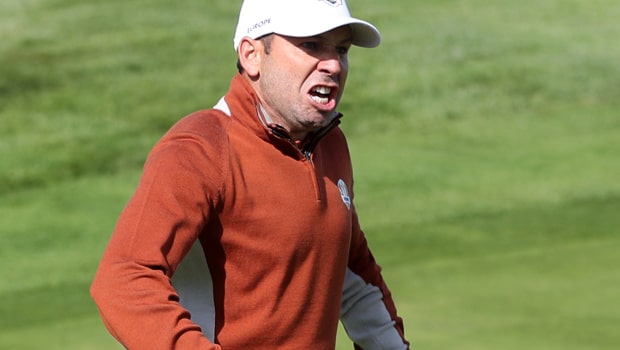 World number 27 Sergio Garcia put down an early marker at the Nedbank Golf Challenge after carding a superb eight-under-par 64 to open up a four-shot lead on day one.

Playing his first tournament since winning the Andalucia Valderrama Masters last month, 38-year-old Garcia thrived at the Gary Player CC in Sun City as he made three birdies on the front nine to reach the turn in 33.

The Spaniard, who became Europe’s record Ryder Cup points-scorer at Le Golf National in September, then picked up shots at the 10th, 11th, 15th, 16th and 17th holes to move top of the standings on -8.

It was a flawless performance from the 2017 Masters champion and he is the firm 1.95 favourite to add a 16th European Tour title to his collection, and his first in South Africa.

Speaking to the European Tour after his round, Garcia said: “It felt great. I rolled the ball nicely, I made some good putts here and there. It was one of those rounds where things happened nicely to me.

“I think I played very smart, I probably wasn’t swinging unbelievably but I kept it under control and kept the ball in play all the time which is difficult to do here.

“I managed to guess some of the winds here right and that is very, very difficult. When you can do that here, it’s nice to be able to shoot a score like this.”

Home-favourite Charl Schwartzel birdied the last hole to move into a three-way share of second on -4 alongside Frenchman Mike Lorenzo-Vera and Finland’s Mikko Korhonen.

Andy Sullivan, who is a two-time winner in South Africa, is part of a group of six players a further shot back on -3 and the Englishman is 26.00 to win the tournament.

Defending champion Branden Grace shares 11th place with New Zealand’s Ryan Fox after both players signed for rounds of 70 to sit on -2.