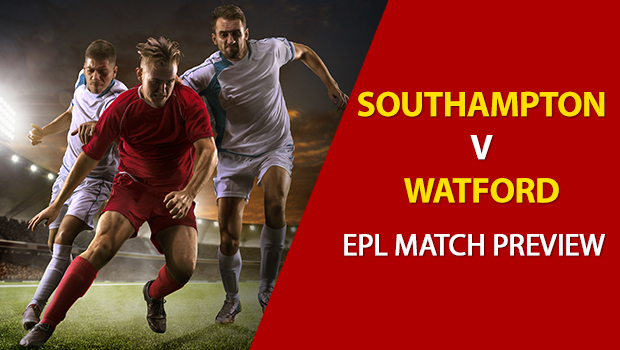 Southampton get set to host Watford at St. Mary’s Stadium this weekend as both sides look to bounce back after a loss last time out. Southampton broke a 2-game unbeaten streak with a 6-1 loss to Manchester City; Watford comes off a 1-0 loss to Newcastle.

Betting on the Draw: Odds — at 3.28 — indicate there’s a 30 percent chance the match ends in a draw. There’s a draw in close to 31 percent of AccuScore sims, suggesting some added value on the draw — but not much.

Betting on the Total: AccuScore sim data isn’t providing much of a lean on the OVER or UNDER — there is no hot trend pick on the total. The average combined score in simulations is 2.24 goals, suggesting a pick on the under (2.5).

Mark Hughes on the Hot Seat: Simply put, Southampton will be playing with a sense of desperation. They have just one win in their first 11 Premier League games this season, sitting at the No. 16 spot in the standings — just one point above the relegation zone. As Hughes put it earlier this week, the fixture vs Watford is ‘huge.’

For Southampton, we’ll have our eyes on Danny Ings who has a 35 percent chance to score. Ings averages 2.33 shots overall per sim, 1.14 shots on goal per and 0.43 goals per sim.

Odds — at 2.48 — indicate there’s a 40 percent chance Southampton win this game. They win about 41 percent of AccuScore sims, suggesting similar level of confidence on the home side.

Southampton winning outright is a four-star (out of four) AccuScore hot trend pick.