US PGA Championship: Scott on a roll at Oak Hill 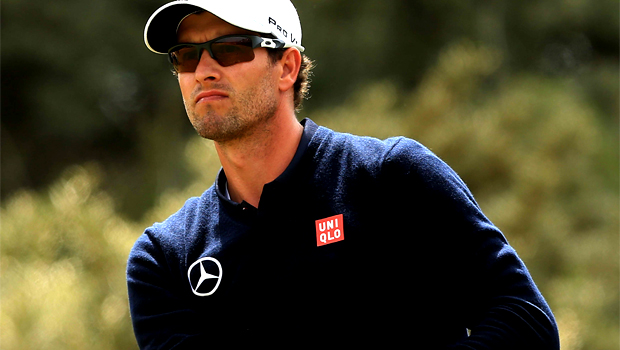 Adam Scott fired a superb opening five-under-par 65 to grab a share of lead after the first round of US PGA Championship, alongside veteran Jim Furyk.

The 33-year-old managed to put his Open heartache of 2012 behind him when landing his first Major at Augusta and although the US Open didn’t go according to plan (tied-45 finish), Scott went close to doubling his tally at the Open at Muirfield last month.

The Australian ace is back in the hunt of major glory with a superb opening round at Oak Hill that was only one shot away from the course record, and made good use of the conditions – after heavy overnight rain had softened the course.

“I got on a bit of a roll and hit a few shots clean,” said Scott. “You’ve got to take advantage of that if it happens because it doesn’t happen very often at majors.

“I hung in there and that was a great par at the last.”

Furyk has not won since the Tour Championship three years ago but has rediscovered his form at just the right time – missing out on the sole lead with a bogey at the ninth, his last.

“You’re usually disappointed to end the day with a bogey, but a 65 at the PGA, that’s not so bad,” Furyk said.

“I had a good ball-striking day. I felt like the golf course would be a good fit for me. It’s set up a lot like a US Open course.”

Furyk and Scott hold a one-shot advantage over Lee Westwood and David Heam of Canada, who themselves are one clear of a group of six which includes England’s Paul Casey, Australians Jason Day and Marcus Fraser and the American trio of Matt Kuchar, Robert Garrigus and Scott Piercy.