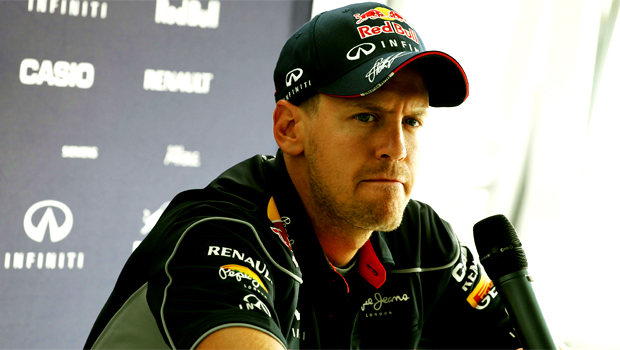 Christian Horner insisted that Sebastian Vettel is not bothered about who joins Red Bull from next season and insists that German has not tried to convince team management in any particular direction.

Mark Webber’s decision to quit formula one at the end of the year has led to much speculation over Vettel’s partner at Red Bull from next season onwards.

There were some reports emanating from the Hungarian Grand Prix that Ferrari ace and two-time world champion Fernando Alonso was being considered for the seat, particularly with the Spaniard voicing his concerns and frustrations over his chances for the rest of the campaign.

When quizzed about the prospect at the time, Vettel had indicated that he would ‘prefer Kimi’ to join him rather than Alonso, although Kimi Raikkonen – currently second in the Drivers’ Championship – and Daniel Ricciardo appear to be the two leading candidates from the team’s perspective.

Horner has now revealed that his star man, Vettel, is not too concerned about who will partner him next season and really has not tried to fight either drivers’ corner.

“I don’t think he minds to be honest,” Horner said. “I don’t think Sebastian has any concerns about going up against any driver, and he hasn’t voiced a preference either way.

“He knows Kimi, he knows Daniel. Both are very quick drivers and would represent a challenge for him, but he has not looked to influence the team in any way as to which way we should be looking.”

The teams are currently enjoying the mid-season break and Red Bull have suggested that a formal announcement of their new driver could be made on the resumption at the Belgian Grand Prix from August 23-25.