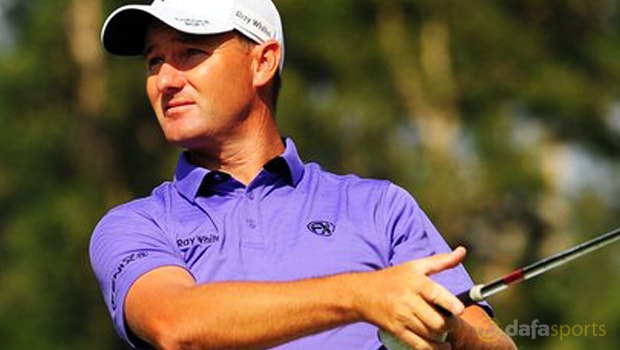 The 37-year-old produced a stunning birdie at the final hole to deny Ryder Cup star Rafael Cabrera-Bello after what had been a thrilling final round on Sunday.

The duo led the way with 18 holes to go but by the time they were on the back nine, there was a six-way tie for the lead.

Having made the turn in two-over for his round, Brazel regained his composure to fire a hat-trick of birdies from the 11th and grab the initiative.

Cabrera-Bello fought back with birdies of his own at the 16th and 17th holes to ensure the pair went up the final hole on terms.

There had been just a single birdie on the tough 18th in the final round but Brazel knocked his approach to eight-feet and rolled in his putt for victory after recording a 13-under par total with his Spanish opponent settling for par.

Another Aussie, Andrew Dodt, finished tied-third alongside England’s Tommy Fleetwood on 11-under par, while Masters champion Danny Willett recovered from a disappointing third round to shoot 66 and finish sixth.

Ranked 450th in the world going into this week, Brazel was emotional as he collected the trophy and put his success down to a new set of irons he had put in play.

He is now eyeing up some more chances to experience the European Tour. “It’s been a long time coming,” he said.

“I’ve been playing good. It’s just been a bit of a struggle with the old irons and my man, Adam, set me up with a new set of bats, and it’s all sort of turned around.

This is the fruit. “I’d love to come over to Europe. It will be a great privilege.”

Danny Willett is 41.00 to retain his Green Jacket in the Masters at Augusta in April. Rory McIlroy is 9.00 while Dustin Johnson is 11.00.