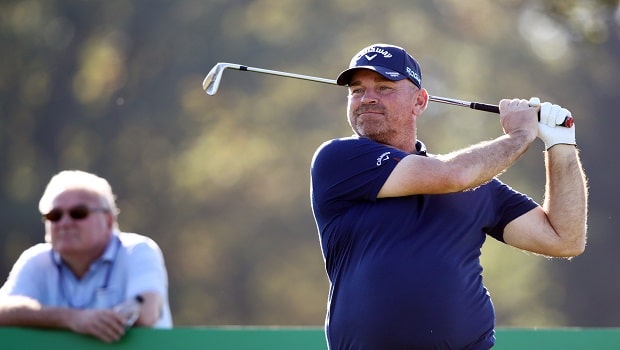 A stellar field is shaping up for the 2019 Saudi International after four of Europe’s triumphant 2018 Ryder Cup team were confirmed for the European Tour event.

The inaugural tournament will be held at Royal Greens Golf and Country Club in King Abdullah Economic City, Saudi Arabia – the first European Tour event to be played in the country – from January 31 to February 3.

It is one of six European events staged in the countries of the Arabian Peninsula and there is a star-studded field being formed, with world number three Dustin Johnson, Masters champion Patrick Reed and Europe’s 2018 Ryder Cup captain Thomas Bjorn confirmed.

The Dane is now set to be joined by four of his triumphant players from the Paris glory after it was revealed Justin Rose, Sergio Garcia, Henrik Stenson and Ian Poulter have committed to playing.

Spaniard Garcia, who broke his major duck at the 2017 Masters, become the most successful Ryder Cup player of all-time at Le Golf National and his appearance will come as a huge boost.

Englishman Rose, who is 17.00 to win the coveted Green Jacket at Augusta next year, won the 2018 FedEx Cup for the first time and spent some time as world number one this year.

Swedish star Stenson and England’s Poulter, who is 101.00 to win the 2019 Masters, both enjoyed impressive revivals in their careers this year and will be hopeful of turning in a good performance in Saudi Arabia.

Speaking about the quartets addition to the field, Yasir Al-Rumayyan, chairman of the Saudi Golf Federation, told Golf Week: “Today’s announcement reiterates our intention to make the inaugural Saudi International one of the world golf’s strongest events.

“Our ambition from the start was to amass a box-office field that would build immediate impact and allow us to showcase the ambition of Saudi Arabia and its bright future to the world, whilst laying solid foundations for future endeavors.”