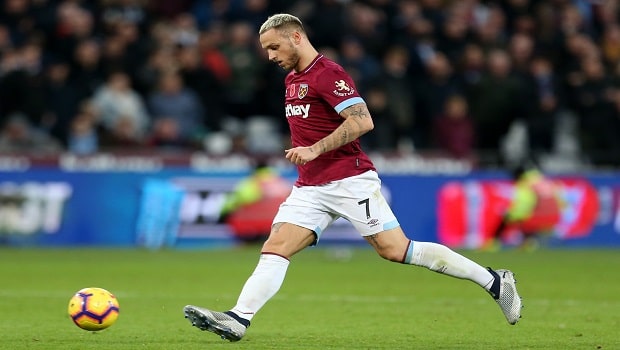 Marko Arnautovic says West Ham have the quality to lift the FA Cup this season and he fully expects to get the better of Birmingham City in their third-round clash in January.

West Ham last landed the coveted English trophy in 1980 – the third time the club has won the competition – and fans are desperate for current manager Manuel Pellegrini to deliver some silverware.

The Chilean, who guided Manchester City to the Premier League title in the 2013-14 season, took charge at the London Stadium in the summer and has got the team firing after a slow start.

Instead of looking down towards the relegation zone, the Hammers are eyeing a possible top-six finish and will be hoping to strengthen their cause when they head to St Mary’s to take on Southampton on Thursday.

Away from the Premier League, West Ham’s FA Cup quest starts on January 5 when they play host to Birmingham in the third round and Austria international Arnautovic, who has scored five league goals this season, believes his side can go all the way.

“Yeah, we can win the FA Cup,” he told the club’s official website. “We want to go as far as we can in the FA Cup.

It’s a big cup and, of course, we want to try to win it. “We expect to go through in the third round and we will constantly try to give everything. It’s not easy to win games, especially in the cup.

All of the teams are in there and it’s going to be very hard. “Even against Birmingham, they are doing quite well in the Championship and it’s never an easy game.

Always, crazy things happen, but we will see!” West Ham are 34.00 to win the FA Cup this season, with Manchester City the 4.75 favourites to lift the trophy.