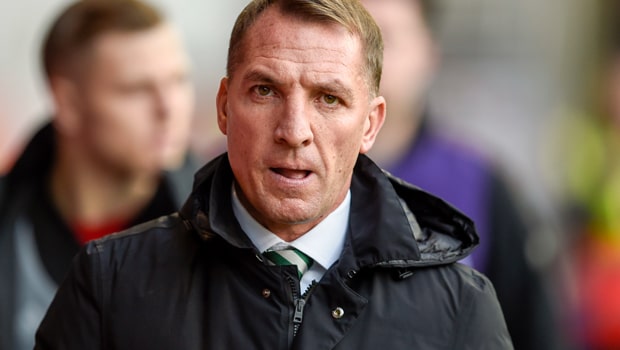 Oliver Burke firmly believes that Brendan Rodgers is the man to get his career moving in the right direction.

The Scotland international has joined Celtic on loan for the remainder of the season from West Brom, where he was struggling to get any game time.

Burke was once a would-be teenage sensation, having swapped Nottingham Forest for Bundesliga side RB Leipzig in a deal worth £13m.

Now 21, he has lost his way somewhat and is pleased to be moving to Glasgow and getting a chance to work under Rodgers, with the Parkhead boss renowned for working well with talented youngsters.

“I’m at a stage where I really need to kick on and play as many games as I can. At the same time I need to be learning and I feel I’m under the right manager now to learn every day and get the best out of me. I believe Brendan can do that,” he said.

While things did not exactly pan out how he hoped, Burke looks back on his time in Germany as a positive experience.

Leipzig were thriving as a club and he gained valuable experience that can stand him in good stead throughout his career.

“I don’t regret the move if I’m honest. It was an amazing feeling. It was a big shock at the time just how well the team did. I was still a part of it, as such, but not as big a part as I would have liked,” he added.

“For the amount of money I went for, everyone expected me to play, they expected the world from me, but at times that’s not how it goes.

“The team were doing so well, playing great football, which was unexpected. However, I can’t say I regret the move. I learned a lot out there. I actually really enjoyed it.”

Celtic are 1.22 favourites to win the Scottish Premiership this season, with city rivals Rangers now 4.33 after their recent Old Firm derby success at Ibrox.