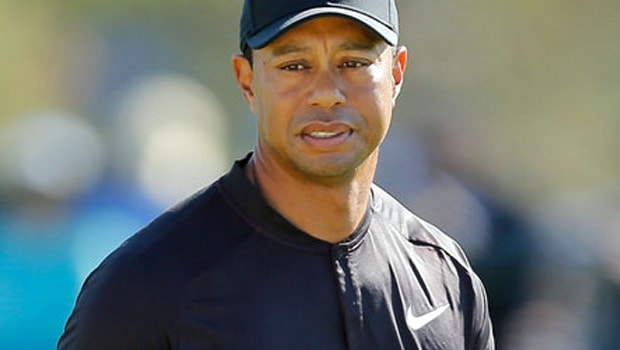 Tiger Woods admitted to feeling a tiny bit rusty after overcoming a sluggish start en route to a level-par opening round at the Farmers Insurance Open in southern California.

The 42-year-old American was returning to a full PGA Tour event for the first time in a year, having recovered from his latest back surgery.

Woods missed the fairway with his opening tee-shot and found a bunker with his approach, leading to a bogey on his first hole at Torrey Pines’ South Course. He dropped another stroke on the fifth hole but quickly bounced back with a birdie on number six.

On the back nine he collected birdies at the tenth and 16th holes – where he fired his tee-shot to within a foot of the hole – alongside a bogey on the par-five 13th.

It all added up to an even-par start, leaving Woods seven behind the pacesetting Tony Finau and in the middle of the pack.

Given everything he’s undergone to get back, the 14-time Major champion was relatively pleased with his opening salvo.

“I was probably a little rusty. It was fun to compete again,” said Woods.

“I still feel the same excitement, the same nerves. I didn’t hit anything close, didn’t give myself a lot of looks and consequently didn’t have a lot of chances for birdies.”

Woods has won eight times at Torrey Pines in his career, including his last major in the 2008 US Open. Defending champion Jon Rahm is three-shots off the lead on four-under par after round one.

The Spaniard, 23, would take over as world number one from Dustin Johnson should he win for the second week running on the PGA Tour.