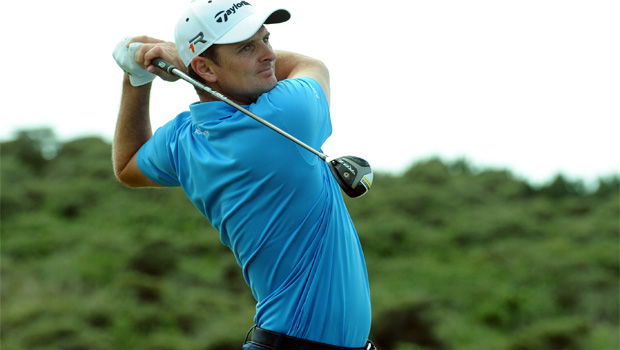 Justin Rose will take a two-shot lead into the second and final round of the PGA Grand Slam of Golf after a strong finish to his opening round on Tuesday.

The Englishman is in the elite four-man event courtesy of his victory in the US Open and he played like a major champion with four birdies in his first seven holes.

A dropped shot at the ninth was followed by two further birdies after the turn but the 33-year-old then bogeyed the 13th and 14th to fall back towards his opponents.

But the South African-born ace picked up another shot on the 17th to card a four-under-par 67 to sit two strokes clear of US PGA champion Jason Dufner.

The American was equally as effective early on and was soon four-under, but he gave three back during his back nine and managed just one more birdie to end his round on -2.

Adam Scott was favourite to win the event and the Masters champion is still in with a shout after a one-under-par opening round of 70.

The Australian was unable to capitalise on four birdies in six holes early on and dropped three shots on the back nine to sit three back of Rose, with plenty of work to do to catch the world number five.

The event is open to the four major winners from the year but Open champion Phil Mickelson declined the offer and so last year’s winner, Padraig Harrington, stepped in to make up the numbers.

The Irishman has not really been at his best in 2013 and it showed as he laboured to a three-over-par 74.

Rose holds all the aces ahead of day two and the Ryder Cup star feels there is still more to come.

“I didn’t really play my best today but I kept the ball out of some really bad spots,” he said. “I felt like I putted really well and read the greens well.”