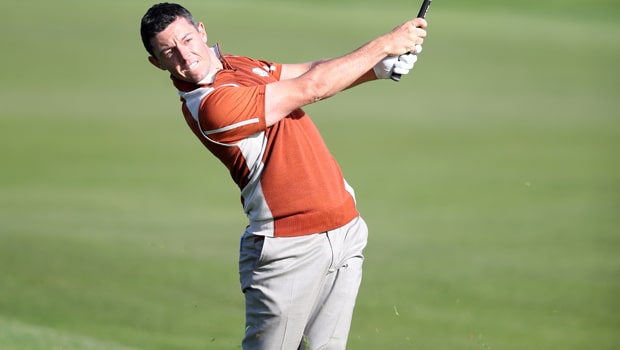 Two-time US Open champion Curtis Strange feels Rory McIlroy is the player to beat in next week’s Masters.

McIlroy, 29, has yet to slip a Green Jacket on his shoulders and it is the one major not on his CV but he will head to Augusta in red-hot form.

The Northern Irishman claimed the Players Championship last month before finishing ninth in the World Match Play, losing to Tiger Woods in the first knockout round.

The world number three has teed off in six stroke play events this season and never been out of the top 10, with five top-fives thrown in for good measure.

He is priced as the 8.00 favourite to win the year’s first major and Strange believes that finally getting a victory at Sawgrass will aid his chances in Georgia.

“If he is in contention on Sunday afternoon, it is a different Rory after winning the Players than it was before,” he said.

“Plus he has got the motivation – he knows what he is going up against to complete the slam here.”

It looks set to be a thrilling event but Strange feels McIlroy holds all the aces when on top of his game.

“When he plays his best golf, he is the best. It is hard to say who is going to be the favourite,” he added. “He is exciting to watch, he is explosive, he is likable, and there is a really damn good chance he will win.”