Spurs starting to feel at home 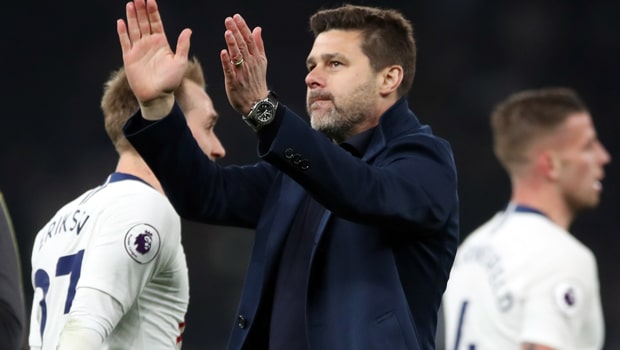 Manager Mauricio Pochettino feels the Tottenham Hotspur Stadium already feels like home after they beat Crystal Palace 2-0 in their first match at the new venue.

Following five months of delays, the reported £1billion stadium finally got the green light to hold a competitive game and the Spurs faithful were rewarded with their first victory since February 10 as Son Heung-min and Christian Eriksen netted the goals.

Son’s strike will go down in history as the first goal at Tottenham’s new home although there was an element of fortune about it as it took a heavy deflection past Vicente Guaita.

Reaction to the stadium was positive after the match, with fans clearly blown away by their state-of-the-art new facility, and Pochettino believes it will not be long before everyone becomes accustomed to the move.

“That is our second day at the stadium for us and the players but it starts to feel like home,” he said.

“It is going to be such an important place for the future and of course I think we were right to move here.”

The win moves Spurs back to third in the top-flight standings, two points above both Arsenal and Chelsea while Manchester United are a further point adrift in sixth.

The north Londoners hold all the aces in the race for Champions League places and Pochettino feels the players will get a lift when running out at White Hart Lane’s replacement.

“If you are not motivated to play in this type of atmosphere something wrong happened in your head,” he added. “For sure it is going to be tough for the opponent.”