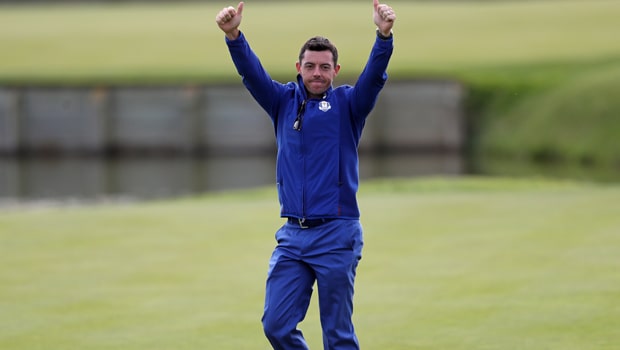 Northern Ireland’s Rory McIlroy is confident he can he win the US Open for a second time after shooting a brilliant final round to lift the Canadian Open.

McIlroy finished the fourth round of the PGA Tour tournament with a round of 61 as he ran away from the rest of the field to finish on 22 under at the Hamilton Golf & Country Club.

He was seven shots clear of Irishman Shane Lowry and American Web Simpson at the end of play on Sunday night.

The win now puts McIlroy among an elite list of players to have won all three of the Canadian Open, British Open, and US Open alongside the likes of Lee Trevino and Tiger Woods.

He will now aim to go for another major title in the US Open at Pebble Beach next week – the tournament in which he secured his first major eight years ago with a joint record score of 16 under par.

The 30-year-old says he is going to remain focused on winning and not think too hard about his own game, despite being in excellent form at the moment.

“I’ll probably enjoy tonight and have a couple of drinks on the plane on the way to Pebble, but once I get up in the morning in California I’m not going to going to think about this week,” he said.

“I’m just going to know my game’s in good shape and try to win another major. “When I had that run in ’14, I didn’t really celebrate it too much.

“It was almost as if I was playing an eight-round tournament, and that’s how I feel here. I’ve played really well these four days and it sets me up for next week.”

McIlroy is joint favourite at 9.00 to win his second US Open alongside 2017 and 2018 winner Brooks Koepka and Dustin Johnson with Tiger Woods at 12.00.