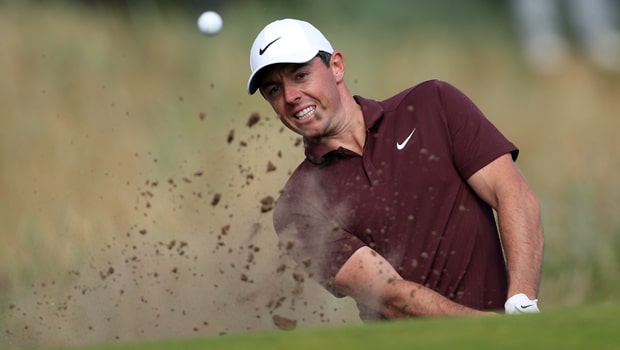 Rory McIlroy’s hopes of defending the Arnold Palmer Invitational at Bay Hill are alive and well following a scintillating third round.

McIlroy’s six-under par 66 moved him to eight-under for the week, good enough to sit just one shot back of the lead through 54 holes and well within striking distance of another title at the prestigious PGA Tour event.

McIlroy was in a share of the lead when he walked off the 18th green on Saturday afternoon, though England’s Matt Fitzpatrick bypassed him to get to nine-under par as he carded two birdies in the final four holes en route to a bogey-free 67.

Tommy Fleetwood endured a nightmare Saturday, shooting four-over par to drop from the lead to being four back on five-under, though the European number one did pick up his only birdie of the round on the final hole.

A year ago McIlroy birdied eight of his last 13 holes on Sunday to win the event and he will have leading hopes of retaining his Bay Hill crown following Saturday’s strong showing.

The four-time Major winner birdied four of his first six holes and, having dropped a shot at the eighth, he finished with a wet sail picking up shots at the 15th, 16th and 18th holes.

“Just what I needed,” McIlroy said of his round. “I was more in control of my golf ball, I hit more fairways, and because of that I gave myself more birdie chances and I converted a few of them.

“So I did everything I needed to do to get myself back in the golf tournament and excited to have another chance [to win].”

McIlroy is favourite at 2.60 to convert his opportunity for victory, with Fitzpatrick next best at 5.00 and America’s Kisner 7.00 for Bay Hill success.