Percy team single out Bellshill as rival to fear 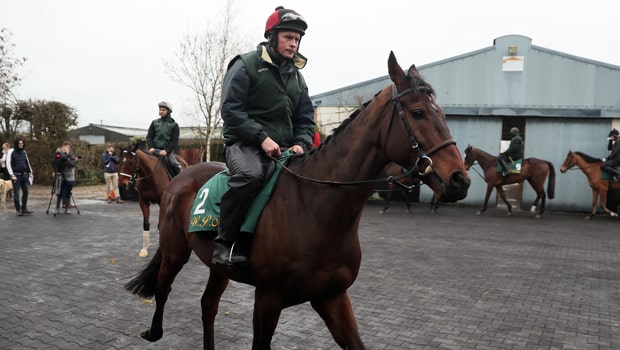 Connections of long-time Cheltenham Gold Cup ante-post favourite Presenting Percy have earmarked Bellshill as the rival they fear most going into Friday’s showpiece.

The Willie Mullins-trained Bellshill has never won in three previous trips to the Cheltenham Festival, though he was third behind subsequent Gold Cup runner-up Might Bite in the 2017 RSA Chase when he last visited jumps racing’s grandest stage.

Bellshill has always been a horse deemed hugely capable by the Mullins team and in the last 12 months he has been showcasing that talent.

He was just denied in the Irish Grand National before winning the Punchestown Gold Cup last April and, having finished fourth behind stablemate Kemboy in the Savills Chase on his reappearance at Christmas, he held off Road To Respect to win the Irish Gold Cup at Leopardstown last month.

He is a leading player in what should be a vintage Gold Cup, according to Philip Reynolds, owner of Presenting Percy.

“Looking at the race, there are a number of horses who all have a great chance. There are five or six horses towards the top of the market who all have a chance, but probably the one I worry about is Bellshill,” he said.

“He is a Grade One winner of a bumper, a hurdle and over fences and jumped very well in last year’s Irish National. He stays, jumps and won’t mind any type of ground, so he has the overall profile of one to watch.”

Presenting Percy has run just once since he won the RSA Chase at Cheltenham last March. It is an unorthodox Gold Cup preparation but trainer Pat Kelly is content, according to Reynolds.

“Pat (Kelly, trainer) is happy with Presenting Percy as are all the team,” said Reynolds.

“We were delighted with his schooling session at Galway last week and he jumped nicely. The plan is to go back to Galway for another piece of work this weekend before we head over to England for the Gold Cup next week.”

Presenting Percy now shares favouritism at 4.50 for the Cheltenham Gold Cup alongside King George scorer Clan Des Obeaux, while Bellshill is 13.00 to give Mullins his first taste of Blue Ribband success.