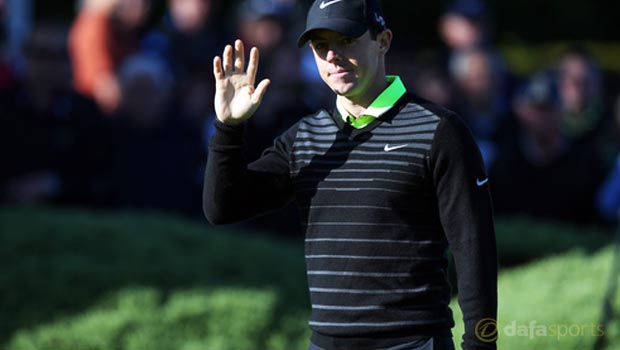 Rory McIlroy was the major winner yet again at the European Tour’s glitzy awards night in London on Tuesday.

Fresh from victory on the PGA Tour at Quail Hollow last weekend, McIlroy is gearing up for the defence of his BMW Championship at Wentworth this week.

The world number one is 3.50 to retain the European Tour’s flagship event and he began the week in the best possible fashion by being named Golfer of the Year and Players’ Player of the Year by his fellow professionals.

He was delighted to collect his latest awards.

He said: “The last 12 months have been absolutely incredible.

“I’ve put the hard work in and it’s really paid off. I’ve got seven wins in the last 12 months and I’m just trying to keep going and increase that tally.”

As the key months of the season get set to unfold, McIlroy is in no mood to rest on his achievements.

He added: “There’s a lot to play for this year, I’ve got off to a great start and I just need to continue that.”

Despite his stellar personal achievements, McIlroy had no hesitation in naming his most enjoyable week of the year.

“Even with all the personal success I’ve had over the past year, the Ryder Cup was the most enjoyable week,” he revealed.

Jamie Donaldson’s approach shot the secure the Ryder Cup for Europe at Gleneagles was named Shot of the Year and the Welshman is 31.00 to win at Wentworth this week.