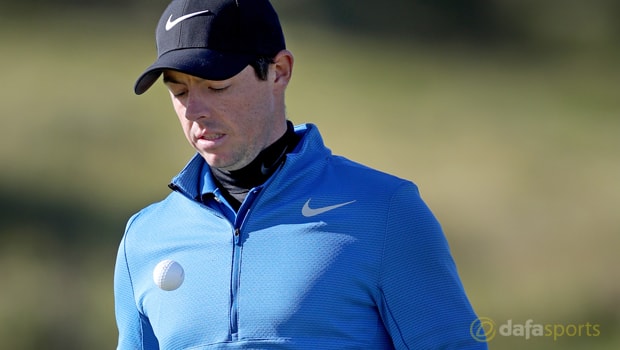 Rory McIlroy was left disappointed after a double-bogey at his final hole of the day left him six shots off the lead heading into day two of the Honda Classic.

The Northern Irishman, who is chasing his first victory on the PGA Tour since September 2016, started his round in impressive fashion, notching two birdies from his opening four holes.

However, the blustery conditions started getting the better of him at Palm Beach Gardens as he registered bogies at holes six and seven although he was still level par for the day as he headed towards the final hole.

Things unravelled for the 28-year-old at the 18th as he found the water when attempting to play an aggressive shot, which meant he ended the day with a double-bogey to his name.

McIlroy, who is priced at 23.00 to win the tournament, eventually signed for a two-over-par score of 72 and conceded he was perhaps too aggressive at the final hole.

“It was a pretty tough day,” McIlroy said. “The wind was up, the greens got a little crusty and firm and I felt like I was hanging on pretty well. I was doing everything I needed to do, just grinding out pars.

“I was pushing for a birdie at the last to try and shoot under par and just tried to hold a three-wood up into the wind and over did it a little bit. It was a disappointing finish, it was the right shot. I just didn’t execute it the right way.”

Alex Noren and Webb Simpson currently sit top of the leaderboard on four-under while a whole host of big-name players are in contention heading into day two, including Tiger Woods, who shot a level-par score of 70 as he continues his return to competitive action.