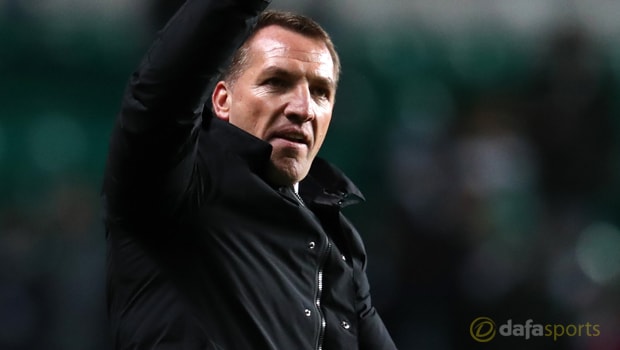 Brendan Rodgers pinpointed a lack of “aggression” in defence and missing “bravery” in attack after watching his Celtic side tumble out of Europe with a 3-0 loss against Zenit St Petersburg.

The Scottish champions travelled to Russia with a one-goal lead from the first leg in Glasgow but that was gone after seven minutes when Branislav Ivanovic powered a header home.

Daler Kuzyaev then fired a shot past the hapless Dorus De Vries before the half-hour mark to give Roberto Mancini’s side the advantage.

A third Zenit goal from Aleksandr Kokorin left Celtic out in the cold after the break. Rodgers was disappointed with almost all aspects of Celtic’s performance in St Petersburg.

“Defensively, we lacked aggression, first half especially,” he said.

“We didn’t close the space quickly enough. We talk about ‘defending forward’ and we just didn’t do that well enough and, of course, we conceded poor goals.

“The corner is something that can happen. Ivanovic is brilliant in the air and we got blocked off. For the second goal, we didn’t engage quickly enough from the throw-in. We were too deep and had to press the guy shooting.”

Celtic bossed possession, with 67 per cent in the second leg, but the Hoops chief admitted they never quite looked like it making it count.

“At 2-0 down, we still had a chance but everything was too sideways and backwards. It is about having the bravery to play. Possession is no good on its own; you have to penetrate and there has to be creativity with it,” Rodgers added.

“We didn’t threaten at all because we were too negative in our play. We weren’t looking forward quickly enough and didn’t get into the final third with any quality.

“But, to really threaten, you have to ensure you defend better and the third goal was a very disappointing goal to concede.” Zenit St Petersburg are 26.00 to win the Europa League this season.