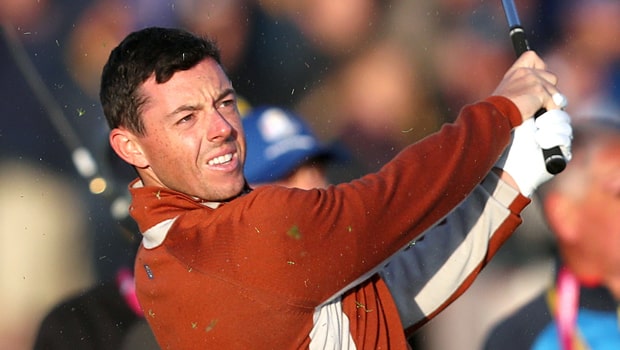 Rory McIlroy believes he can still win the US Open despite heading into Sunday’s final round at Pebble Beach sitting five shots off the lead.

It was a day of frustration for the Northern Irishman, who is looking to win his first major title in nearly five years, as he had to settle for a third-round score of 70 that leaves him six-under-par for the tournament.

McIlroy did recover from a slow start in California, as he bogeyed the opening hole of his third round, while his birdie at the last has kept him within touching distance of leader Gary Woodland, who signed for a round of 69 to move onto 11-under.

Former major winners Justin Rose and Louis Oosthuizen also sit between McIlroy and the leader, as does defending champion Brooks Koepka. However, despite the high calibre of players sitting above him on the leaderboard, McIlroy remains confident he can still mount a serious challenge for overall glory on Sunday.

“It’s definitely not a golf course or a golf tournament where you can go chasing,” the 30-year-old said after his third round.

“But even though I’m still a few off the lead, it’s a wonderful opportunity for me to go out there and try to add to my major tally.”

McIlroy, who is priced at 11.00 to win the US Open for the second time, certainly feels his game is in good enough shape to mount a serious challenge, but he knows he will have to post a low score to put pressure on the other contenders.

“I’ve been very pleased with how I’ve played all week,” he added.

“I felt for the most part today I did the right things and I need to do 18 more holes of that, but just get a little bit more out of the round tomorrow than I did today.”