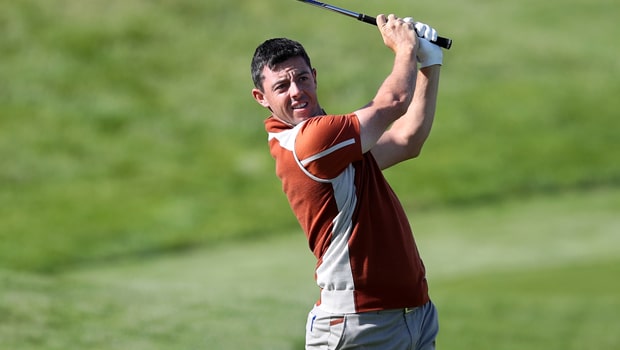 He may not have contended for last week’s USPGA Championship in New York but Rory McIlroy took some positives away.

A slow start from the Northern Irishman ensured he was never in a realistic position to challenge runaway leader and winner Brooks Koepka. After scrambling just to make the cut, McIlroy improved to sneak into the top-ten with a strong push over the weekend.

The four-time Major champion has already pocketed the Players’ Championship at Sawgrass this season and while his week at Bethpage Black didn’t yield what he wanted, McIlroy saw the good in his efforts, where he was one of just three players to break par on both Saturday and Sunday.

“Stuck at it the whole way. 72-hole golf tournament and you’ve got to try until the very end and I did that,” he reflected.

“It wasn’t good enough to be up there in contention but I made improvements each and every day, which is a good thing.”

McIlroy isn’t playing this week’s PGA Tour event in Texas but he will then commence his countdown to the US Open at Pebble Beach in June.

He’ll be at the Memorial Tournament and the Canadian Open prior to the seasons’ third Major and says he is deliberately changing his preparation as he seeks to improve his US Open form and add to his 2011 win at Congressional CC.

“Looking forward to that run of golf,” he added. “Actually my record in the US Open hasn’t been very good the last few years so I wanted to mix it up a little bit, so it’s going to be my third tournament in a row.

“Looking forward to getting my game sharp and in good shape for that major.” McIlroy is 13.00 to win the US Open, while Koepka is 7.50 to win the event for the third straight year.