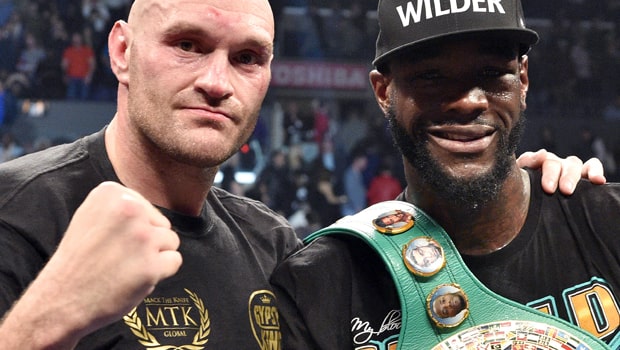 Wilder retained his WBC belt with a thrilling draw against Fury in Los Angeles in December last, with the British fighter stunning his opponent when he clambered off the canvas late in the fight.

Fury felt he merited the decision at the time, though the judges’ scorecards controversially did not agree.

The American meanwhile knocked out compatriot Dominic Breazeale in the first round on Saturday last to retain his WBC title in New York in a stunning display of power.

After that bout Wilder’s agent, Shelly Finkel, stated that the 33-year-old Wilder will “probably” fight Fury or fellow Briton Anthony Joshua next year.

Despite the fact that Fury, Wilder and Joshua are signed to different US broadcasters, the former has no doubts his rematch will happen.

“Wilder can’t run forever. This rematch has got to happen,” Fury told ESPN.

“We were very close to a rematch. We had contracts, they had contracts, we were trying to agree terms. “All of a sudden I had a massive deal from ESPN and they made me an offer I couldn’t refuse.

That would’ve been in May I believe. “And Deontay Wilder apparently signed a three-fight deal [with Showtime] before I signed the ESPN deal.”