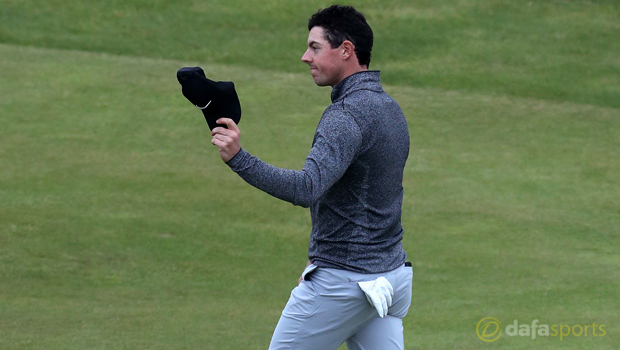 Former world number one Rory McIlroy is in a confident mood ahead of the US PGA Championship, which begins at Baltusrol on Thursday.

The tournament has provided McIlroy with two of his four major titles to date, with the Northern Irishman securing the PGA Championship crown in 2012 and 2014.

The 28-year-old, currently ranked as the world number four, has been unable to add to his major haul in 2016 but he thinks he has a great chance to secure his fifth big prize in his final opportunity of the year.

“It’s a fair golf course,” he said, as reported by the Belfast Telegraph.

“Everything is straight out in front of you. “There’s no real hidden secrets to it and I feel that’s what really lets me excel. “I feel like I can play my game in PGA Championships.

I can hit driver off the tee most times and from there, if I drive it well, I feel like I have a big advantage. “There’s been times (this year) where I got a little bit of momentum and then sort of got set back a little bit.

It’s sort of been a little stop-start in a way. I’m trying to stay as positive as I can. I feel like I am positive because my game is in good shape, but I guess I’m just maybe running out of patience a little bit in trying to make it happen.

He added: “There’s a lot of golf left, last major of the year, and I want to give it my all to get in the mix and try to win another one of these things before I have to wait another eight months to try to get another opportunity.”

McIlroy is 9.50 to claim the US PGA Championship outright, Phil Mickelson is 23.00 to go one better after coming in second at The Open and Swede Henrik Stenson is 15.00 to land a second successive major title following his victory at Royal Troon earlier this month.