Rory McIlroy hoping to end on a high 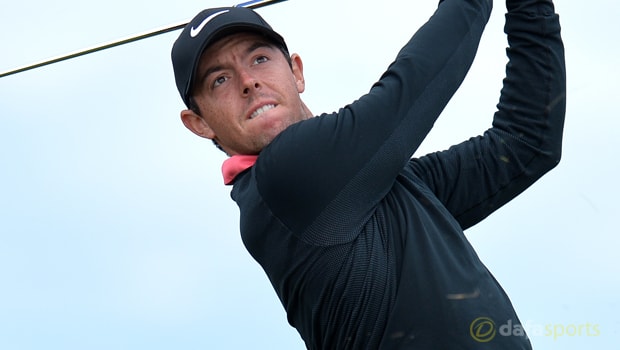 Northern Ireland’s Rory McIlroy insists he is happy to have a packed schedule as he tries to keep his qualifying hopes alive at the WGC-Dell Technologies Match Play.

McIlroy, who won the Arnold Palmer Invitational last week, started this week’s tournament with a opening-day defeat to Peter Uihlein. However, the world number seven responded on Thursday by beating Jhonattan Vegas 2&1 to ensure he still has a chance of topping Group 6.

McIlroy, 10.00 to win the event, will take on Brian Harman in his final round-robin fixture at the Austin Country Club.

It is his third tournament in three weeks, but McIlroy insists it will not affect his Masters plans. He told Sky Sports: “I could have done with that extra day.

You win on a Sunday and usually you’re teeing it back up on a Thursday, but you have to start on a Wednesday here.

“I did feel a bit flat on Wednesday coming back out here.

I don’t want to use that as an excuse, Peter played great, but there’s sometimes a little bit of a hangover and I was tired.

“This is my sixth week out of seven as well so I’m looking forward to hopefully getting through to the weekend here, but putting the clubs away for a couple of days before getting ready for Augusta.”

World number one Dustin Johnson and Jon Rahm are both out of the tournament although Jordan Spieth progressed and will take on Patrick Reed.

England’s Tommy Fleetwood secured the biggest win of the day as he recovered from his opening loss to Ian Poulter by thrashing Kevin Chappell 7&6.