Jordan Pickford gets nod in Amsterdam 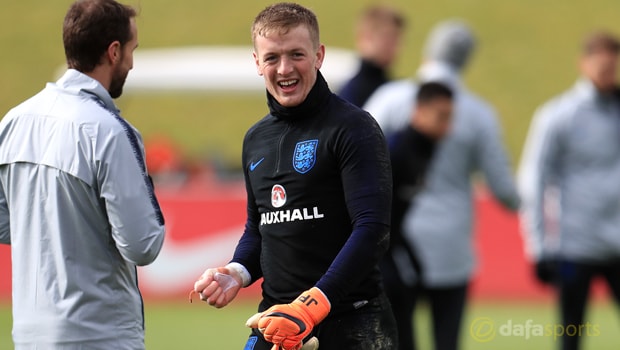 Southgate surprised the media and fanbase last week when he named four goalkeepers in his squad to take on the Dutch and then Italy.

Pickford is competing alongside Joe Hart, Nick Pope and Jack Butland for the number one spot and will get his chance to impress in Amsterdam.

Southgate told reporters: “Jordan Pickford will play in goal. He is a very agile goalkeeper, quick around his goals, he is capable of making big saves, his distribution is excellent – a really outstanding distributor of the ball with his feet, which is how we want to play.

“It is a great opportunity for him. He played really well against Germany in November and it’s a good chance for us to see him in another international game.”

Despite picking Pickford, the former Middlesbrough coach admits his mind is not yet made up for this summer’s World Cup in Russia.

Southgate added: “I know who it would be if we played tomorrow, but I think we’ve still got plenty of football to be played.

“It is a very tight call at the moment because there are four guys in the squad who have justifiable claims for different reasons.

“I would imagine that Tom Heaton will be sitting at home hoping he gets back into Burnley’s team as well, who would want to play a part in that squad as well.

“But that is where we are, I have confidence in all of the guys that they can go in and do the job. At the moment we don’t have a clear number one.”