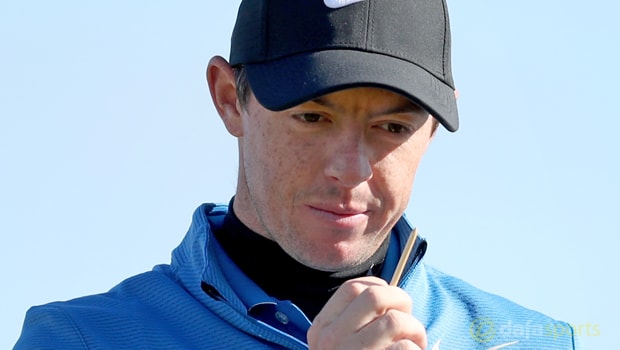 Rory McIlroy admits there is always pressure heading into the Masters, particularly as he looks to complete the career Grand Slam.

The Northern Irishman is a four-time major winner having won two PGA Championships, as well as a success apiece at the US Open and Open Championship.

Indeed, a victory at the Masters is all the 28-year-old needs to become only the sixth player to win all four majors and he admits that brings its own pressure as he prepares for his latest challenge at Augusta.

“This is my fourth go at trying to complete the Grand Slam, and obviously that comes with his own pressures,” McIlroy told the On the Range show.

“I can’t treat it like any other week because it isn’t any other week, but I can just try and prepare for the golf tournament the best way you can.”

McIlroy should certainly head into this week’s tournament full of confidence following his victory at last month’s Arnold Palmer Invitational, while he has played a lot more tournaments in the run-up to this year’s Masters than he has over previous seasons.

He added: “This is the most I’ve played going into the Masters basically in my career.

It used to be my sixth or seventh start, but this is my ninth start this year.

“I think playing a bunch has been a really good thing. I played 54 holes here last week and I was up here a couple of weeks before, so I’ve just been getting real comfortable on the golf course.”

The world number seven’s best previous finish at Augusta came when he claimed fourth-place in 2015 and he is priced at 12.00 to go on and win his first Green Jacket at this year’s event.