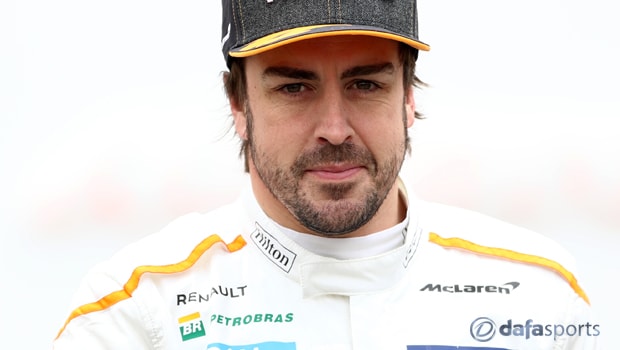 Fernando Alonso sees no reason why his McLaren team cannot finish ahead of Red Bull in the Constructors’ Championship standings this season.

The British outfit are using Renault power units this year and they made a bright start to the campaign at last month’s Australian Grand Prix, with Alonso finishing sandwiched between the two Red Bull drivers, Daniel Ricciardo and Max Verstappen, as he claimed fifth-place.

Indeed, that placing was already higher than what McLaren achieved during the whole of 2017 and Alonso believes there is a lot more still to come from the MCL33 car.

“Definitely it’s going to be better and better [for McLaren],” Alonso was quoted as saying by Autosport.

“There’s a lot of potential in the car still to unlock.

“It’s the first race with this combination, McLaren [and] Renault power unit, so a lot more to come.”

The two-time world champion is hopeful McLaren can take another giant step forward when Formula One heads to Bahrain this weekend, as he believes they are capable of finishing ahead of Red Bull, who claimed third-place in the Constructors’ Championship last season, come the end of the campaign.

He added: “Hopefully from Bahrain we see another step forward and Red Bull will be the next target.”

McLaren are priced at 151.00 to claim overall Constructors’ glory this season, a feat they have not achieved since 1998, while Red Bull are available at 6.50, although both teams are likely to face a tough test if they are to finish above either Mercedes or Ferrari in the overall standings.