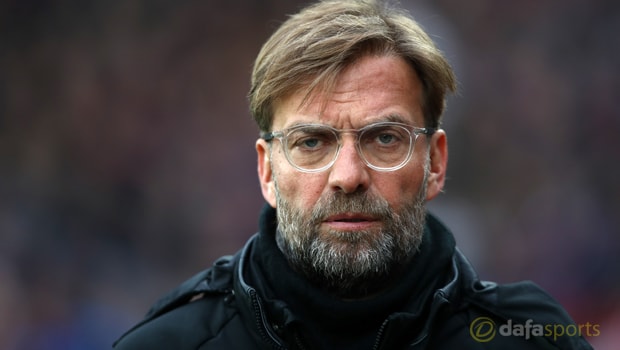 Liverpool boss Jurgen Klopp insists Manchester City are favourites to progress into the last four of the Champions League ahead of their match on Wednesday.

The Reds will host the Citizens at Anfield in the first leg of their quarter-final tie and Pep Guardiola’s men are 2.38 favourites.

Liverpool are priced at 2.80, with the draw 3.40, as they look to resume their rivalry with the Premier League leaders.

Twelve goals have been scored in the last two meetings between the teams, with Liverpool losing 5-0 back in September.

However, they got revenge in January with a 4-3 win on Merseyside, but Klopp still believes Guardiola’s side will be expected to come through the two European games.

But do we know we have a chance? Yes. “Actually that was clear before, but they are the favourites. We should finish the game with 11 first of all, that would be cool. We know it’s difficult.

“At specific moments we are on a similar level, but they have been much more consistent and that’s why they are higher in the league. But we all know that in the game it doesn’t mean too much.

“We see our chance, but we know it will be unbelievably difficult.

“If I would have had the choice to watch a Champions League game I would watch this one. It is about tactics, but there will be fire in the game and it’s at Anfield so the atmosphere will be good.”