Rory McIlroy happy with his game 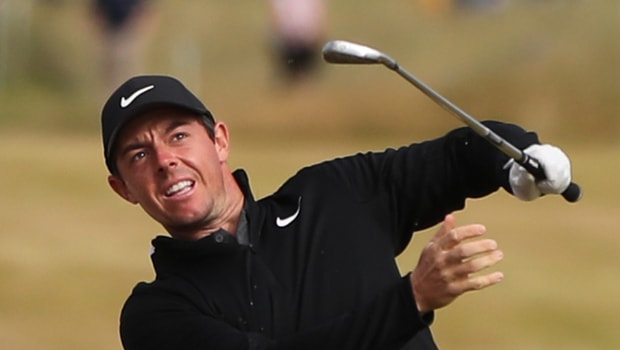 Rory McIlroy says that he is happy with his overall game as he continues preparations for next week’s US PGA Championship.

The last major of 2018 is now less than a week away and the Northern Irishman is getting warmed up for the event by competing in the WGC-Bridgestone Invitational at Firestone.

He ended the first round with a score of five-under par, meaning he is three shots off the lead currently held by another British player Ian Poulter.

It is a packed field at the top with the likes of Jason Day and Justin Thomas also in contention having taken advantage of the good conditions which meant that 45 of the 71 who took part finished under par for the first round.

McIlroy admitted that the conditions were a big help, saying: “We couldn’t have got it easier, no wind, very soft – you had to hit very poor shots to get it off line or to miss greens.”

The Bridgestone Invitational is his first tournament since his tied second-placed finish at the Open Championship at Carnoustie and he says his game is in good shape as he prepares for next week’s PGA where he will be aiming for a third victory and a first major since 2014.

He told Sky Sports: “I’m starting to drive the ball really well and there are a few tee shots out here if you can carry it over 300 yards it’s a big advantage on the rest of the field.

“I just feel like this week is an ideal time to work on a few things. It’s a great range, you get four rounds and sort of have a free run at trying things out.

“I felt I brought some of the stuff from the range onto the golf course and just have to work on it as the week goes on.”