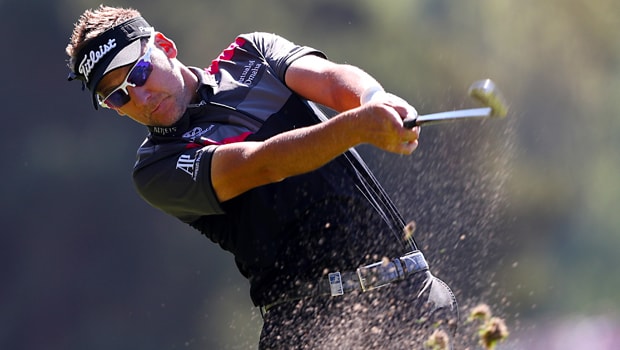 Ian Poulter shot a bogey-free 62 to lead the World Golf Championship – Bridgestone Invitational in Akron, Ohio, after round one before revealing his motivation to do well this week.

The Englishman admits that reading his past record at the Firestone Country Club had come as a shock to him, given that he expected it would be better.

In 13 prior starts his best finish is a tie for 13th in 2001 and 2006. The Ryder Cup stalwart admits that simply hasn’t been good enough on a course that should suit him.

“I actually thought I had a better finish than that, so it really annoyed me.

“For some reason I thought I finished second, but I didn’t know how mistaken I was when I looked at all the numbers.

“I wrote them all down, they were that bad. I was like seriously, how can you play a good golf course this many times and not really have a result. Not to even finish in the top‑10 is pretty poor.”

Poulter leads the way after round one by a single shot from Kyle Stanley and Rickie Fowler on seven-under par.

Jon Rahm, Patrick Cantlay and Si Woo Kim are in share of fourth spot on six-under. A group of seven players are three off the lead, with Rory McIlroy, Jason Day, Marc Leishman and Justin Thomas amongst them.

Poulter is now 11.00 to win the Bridgestone Invitational with Fowler currently favourite at 6.00 and McIlroy at 8.00.