Posted by Vincent Henderson on August 3, 2018 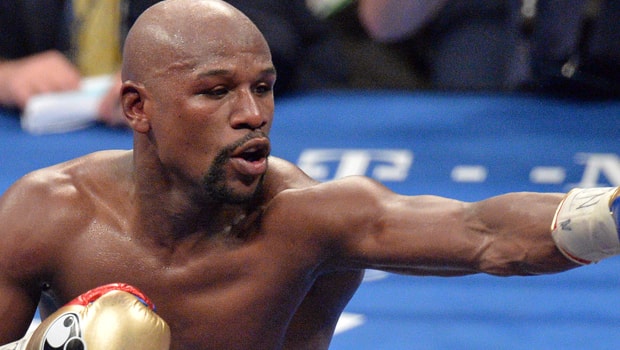 Floyd Mayweather Jr insists he won’t be fighting Manny Pacquiao again but the American is interested in helping his old foe out.

Mayweather was responding to the latest call-out from his rival following the Filipino’s world title win over Lucas Matthysse last month.

Mayweather was a comprehensive winner in their ‘Fight of the Century’ showdown in 2015 and he says there is no interest in a rematch from his side.

“I’m not really doing interviews but I’ve been asked the question probably seven times, with one saying, ‘why are you scared to fight Pacquiao’ – like beating him once wasn’t good enough,” said the American great.

‘Money’ suggested Pacquiao should take on Mikey Garcia next, with the American unifying the IBF and WBC titles on July 28, two weeks after ‘Pac-Man’ was crowned the WBA champion in the 69th professional fight of his career.

If Pacquiao, 39, is keen to keep fighting, his old adversary is willing to help him out.

“I can’t knock Manny Pacquiao for what he wants to do, that’s his prerogative,” he told Fighthype.

“If he still wants to go out there and make money, be victorious that’s his prerogative.

“Actually, I’m [going to] get on the phone with Pacquiao after this call see if we can put him in position. There’s a lot of good competition out there that he could fight.”