Rory McIlroy: Focusing on Tiger Woods would be ‘silly’ 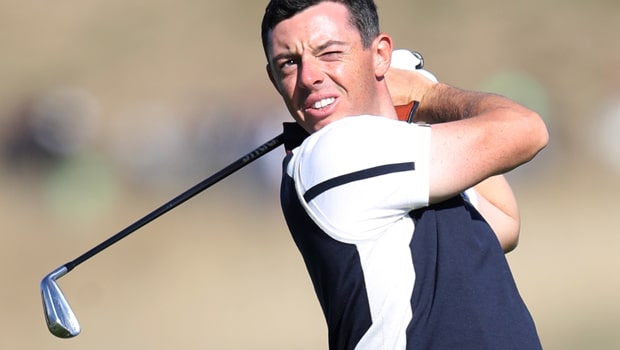 Rory McIlroy has suggested Europe would be ‘silly’ to focus too much attention on Tiger Woods going into this week’s Ryder Cup matches in Paris.

The US were boosted on Sunday when 14-time Major champion Woods – a wild card selection by Furyk – won his first event in five years at the Tour Championship in Atlanta.

That has given America some ‘momentum’ according to McIlroy but the four-time Major winner suggests that the European team must view their opponents as a collective.

“It (his win) has given their team some momentum coming here. But we’re looking to beat the USA team, not Tiger Woods.”

“This week he [Woods] is one of 12. We’re not looking to beat any one individual and to focus on one player is silly, especially as I might not even see him this week.”

McIlroy is expected to be one of the European leaders and he believes the tried and tested methods that have served the team well in this generation have got to be front and centre again in France.

“The strength of Europe has been we all get behind one another – whatever differences we have we put them to the side for this week and we are a cohesive unit,” added McIlroy.

“That has served us well for the Ryder Cups we’ve had success in. We’ve won a little more than we’ve lost in the last few years.”