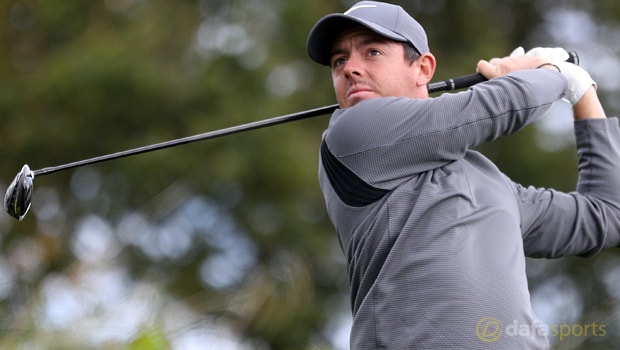 Rory McIlroy says he is looking forward to taking on the three-course challenge at the Alfred Dunhill Links Championship this week as he aims to collect his first title in 2017.

By McIlroy’s high standards, this year has been a disappointment as he’s failed to add to his 22 professional wins and the event in Scotland, which starts on Thursday, represents his last chance to taste success.

The Northern Irishman has confirmed this event, which is played over the Old Course St.

Andrews, Carnoustie & Kingsbarns, will be his final outing of the year as he gets ready for an extended rest.

A troublesome rib injury has plagued the 28-year-old for large parts of the campaign and he has decided to take some extra time away from the game to get fully fit for 2018.

McIlroy did rediscover some of his best form at the British Masters at Close House in Northumberland last week, finishing second after being edged out by Irishman Paul Dunne, who is 29.00 to triumph this week.

The four-time Major winner is the 7.00 favourite to win the Alfred Dunhill and he is excited to be taking on the challenge of playing three high-quality courses.

“I can’t wait to get back and to play over those three world-class courses I really respect.”

England’s Tyrrell Hatton, who was in contention after the first three rounds of the British Masters, and Ireland’s Shane Lowry are both priced at 19.00 to win the tournament.

South African Branden Grace and Englishman Tommy Fleetwood are at 23.00, while Lee Westwood, who hosted last week’s event at Close House, is a 29.00 shot.