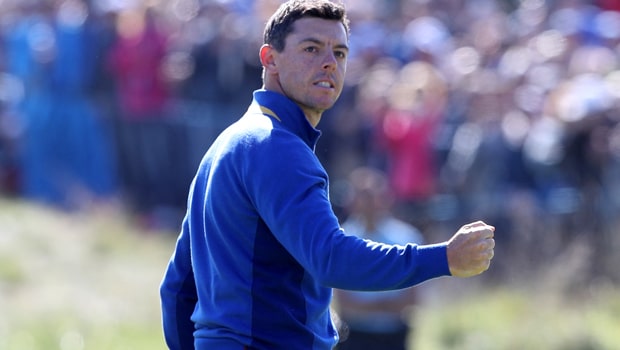 Rory McIlroy took the Players Championship on Sunday and declared himself in good shape to win the Masters and complete the career grand slam next month.

The Northern Irishman produced some scintillating golf on the back nine at Sawgrass to beat Jim Furyk by one stroke.

“I’ve started the second phase of my career,” said the 29-year-old, who claimed his first PGA Tour title since March 2018.

McIlroy started the final round one shot behind leader Jon Rahm and he posted a closing two-under 70 to finish 16 under par for the unofficial fifth major.

“It’s a massive win on a course on which I’ve had mixed results,” he added.

“I had to show a lot of character out there. “I’m just really proud of myself the way I played the last few holes. “If I go to Augusta with a similar game and attitude then I think I’ve got a great chance.”

McIlroy, who has now finished in the top six in all six of his 2019 events, will be aiming for his first major in nearly five years at next month’s Masters – where he is currently the 9.00 favourite to earn his first green jacket.

Victory at Augusta would make him only the sixth player to complete the modern era career Grand Slam of Masters, Open Championship, US Open and US PGA Championship titles.

However, he choked badly when four strokes clear going into the final round in 2011, shooting the worst round in history by any professional golfer leading after the third round of the Masters.

He still had the lead after a one-over 37 for the front nine, but shot a round of 80, finishing tied for 15th at 4-under for the tournament.