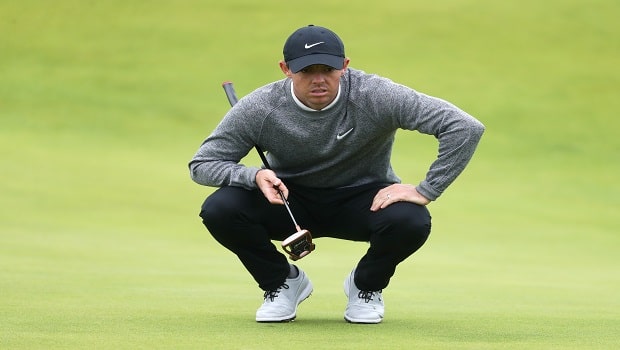 Rory McIlroy knows he really needs a strong week in the BMW Championship to boost his chances of winning the FedEx Cup at next week’s Tour Championship.

The four-time Major winner is also targeting the strong memories he has of success at Medinah to fuel his push this week.

The course hosting the penultimate leg of the PGA Tour’s FedEx Cup Playoffs is Medinah Country Club, the scene of Europe’s incredible Ryder Cup win in 2012 where they overturned a 10-6 deficit in the Sunday singles to stun the United States. “Good to be back here.

This place holds some pretty good memories for me and obviously a few of the other Euros that are here,” said McIlroy, who is joined by Justin Rose, Ian Poulter and Francesco Molinari from that winning team.

Under the new FedEx Cup format, the leader heading to East Lake will start on 10-under par in the Tour Championship with the second-ranked player on eight-under and the rest of the field staggered accordingly with the players 26th to 30th on even par.

McIlroy, ranked third in the standings behind Brooks Koepka and Patrick Reed ahead of the BMW, would love to improve on that position this week. “It’s another opportunity this week to climb a bit higher going into Atlanta,” he said of the new format for next week’s battle for the $15 million bonus.

“It’s hard enough to win golf tournaments when you’re all starting on a level playing field, but whenever it’s staggered like that, it’s a tough proposition.

“If someone like Brooks Koepka or Patrick Reed or whatever is starting two or three shots ahead of you, to spot guys of that calibre a few shots at the start of the week is pretty tough.”