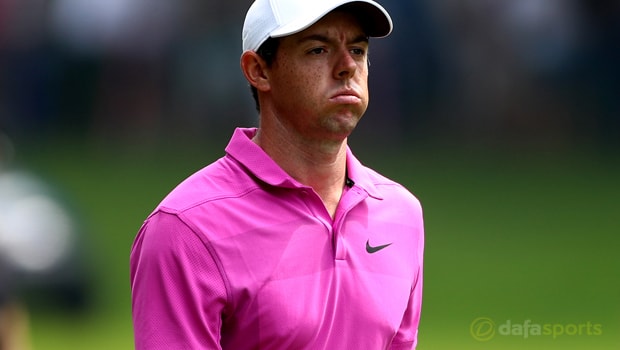 World number six Rory McIlroy says he “should have closed it out” at the BMW PGA Championship after being pipped on the final day by Italian Francesco Molinari.

Northern Irishman McIlroy was in outstanding form over the first 36 holes at Wentworth, shooting rounds of 67 and 65 to hold a three-shot lead heading into the weekend’s play.

Many expected the four-time Major winner to steam ahead in his pursuit of a 14th European Tour title but, to the surprise of many at the course in Surrey, he struggled to maintain his earlier consistency.

The 29-year-old finished with rounds of 71 and 70 to finish two strokes behind Molinari, who finally managed to lift the trophy after previously recording five top-10s from his last six tournament appearances.

McIlroy, who has gathered some valuable Ryder Cup points courtesy of his second-placed finish at the BMW, believes he should have done better after holding such a commanding lead at halfway.

“I was in a great position after two days, struggled yesterday and sort of struggled again today again. I let Francesco get a few shots ahead on me and I just couldn’t claw that back.

“The couple of shots that got me yesterday I missed to the right and then today the shots that cost me were missing left. When you have the two sides of the golf course in play, it’s a little difficult.

“I get a bit down on myself because my expectations are high, and with a 36-hole lead, I should have closed it out.”

McIlroy, who will be teeing it up at the Memorial Tournament this week, is still fancied to win the upcoming US Open at 12.00, with only Dustin Johnson ahead in the betting at 11.00.