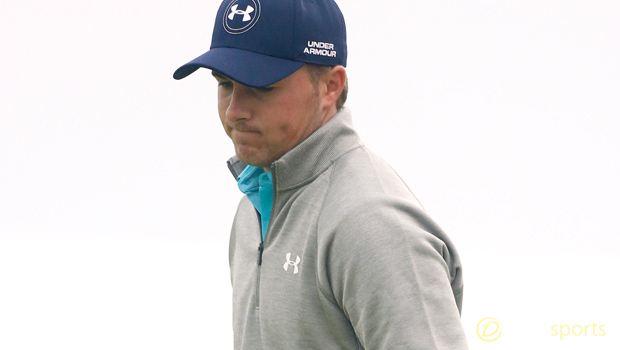 Jordan Spieth and Rory McIlroy will play together in the final pairing in round three at the US Masters in Augusta.

McIlroy carded a one-under par round of 71 on Friday to close to within one shot of the defending champion at the halfway stage in Georgia.

On what was a devilishly tough day around Augusta, Spieth had to settle for a two-over par round of 74, enough to give him a running total of four-under par for the tournament.

In all, just seven players remain under par following a fascinating Friday at the Masters.

Danny Lee and Scott Piercy share third place on two-under par following respective rounds of 74 and 72 in round two.

Brandt Snedeker, Soren Kjeldsen and Hideki Matsuyama on one-under par are the only other players beating par after two rounds.

Danny Willett, Sergio Garcia, Dustin Johnson and Shane Lowry are among a group of seven players on level-par going into the weekend.

McIlroy produced a stirring back nine in round two to propel himself into second spot.

The world number three had turned in one-over and a further bogey at the 11th appeared to have him on the rack.

He produced birdies at the 13th, 15th and 16th holes to mark himself down as Spieth’s nearest pursuer, with conditions making life tough for those left on the course.

At one stage on Friday, Spieth held an eight-shot advantage over McIlroy but that was down to the minimum by the close of play.

Bogeys at the 16th and 17th holes from the American brought him back to the field and the Texan had to hole out from distance on the final green just to make par and preserve his lead.

While the golfing world is eagerly awaiting a third round McIlroy/Spieth dust-off, the Irishman says he is focusing on the course and not the opposition.

“It doesn’t make a difference to me who it is up there,” McIlroy said.
“I want to win this golf tournament and I want to finish on the lowest score possible, and whoever that is ahead of me at that point, I just want to finish one better than that.”

Spieth is 2.88 to retain the Green Jacket, with McIlroy now 3.00 to win his first Masters title.