Posted by Jason Stepford on November 5, 2015 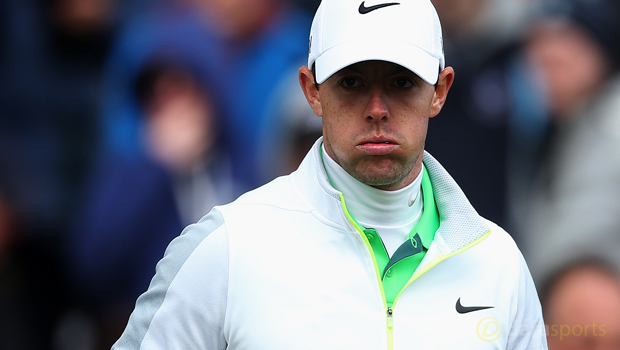 Rory McIlroy says he was pleased with his opening round in the WGC-HSBC Champions event and is hoping he can improve as the tournament progresses.

The Northern Irishman, who started his round on the 10th hole, shot six birdies and one double-bogey on way to a four-under-par 68 at the Sheshan International Golf Club.

It was a steady performance from the four-time major winner in Shanghai and he is five shots adrift of early pace-setter Branden Grace, who signed for a sensational nine-under 63.

McIlroy’s participation in the tournament was in doubt after he was struck down with food poisoning over the last couple of days but the 26-year-old managed to overcome the illness in time.
He was delighted at being able to produce such a good round having had little time on the range and the 11-time PGA Tour winner hopes getting his appetite back will help his chances of lifting the title.

“Hopefully [if I have] a couple of good meals over the next couple days and rehydrate I’ll be feeling a lot better,” he said. “Thankfully it was a decent start, and now I’m going to try to just get into the tournament.”

McIlroy, who is joined on -4 by reigning Masters and US Open champion Jordan Spieth, is third favourite at 10.00 to claim the spoils, while overnight leader Grace is a 6.50 shot.

Australian Steven Bowditch and American Kevin Kisner, who are both tied for second on -8 after rounds of 64, are priced at 34.00 and 17.00 respectively.

Danny Willett is a further shot back on -7 and the Englishman, who is chasing down McIlroy in the Race to Dubai standings, is a 23.00 chance to win the event.